Nominate your candidate for Culture Smith 2022 by 13 Nov 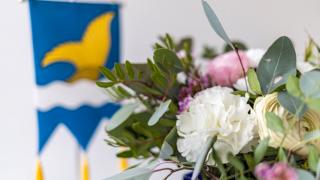 The Culture Smith Prize is awarded to a person, community group or NGO who has fostered good intercultural understanding and relations in Vantaa with their work, actions and attitude. This year the prize can be also awarded for a single achievement. The prize consists of a wrought-iron rose sculpture and 1000 euros.

Anyone is welcome to make a nomination for the Culture Smith Prize. The winner is chosen by a task force consisting of representatives of the Committee for Multicultural Affairs, city employees, The Hakunila International Society and the previous year's Culture Smith. In 2021 the prize went to The Team for Linguistic and Cultural Awareness of the Länsimäki School. The prize has been awarded since 2006.

The prize is awarded in the Multicultural Independence Party on the 6th of December in the Cultural House Martinus. The party is also a celebration for new Finnish citizens.

You can nominate your candidate by answering this survey at osallistuvavantaa.fi by 13 November.

The survey has ended.