Wellbeing mentoring provided by the City of Vantaa is a long-standing lifestyle coaching service that has been piloted since 2020. Thanks to increased mentor resources, we can offer this guidance to an increasing number of customers as of March. 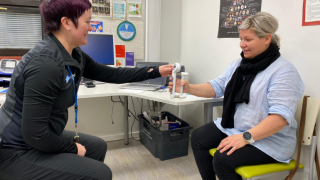 The City of Vantaa’s free-of-charge wellbeing mentoring service offers personal coaching to Vantaa residents who are facing challenges with their lifestyles or health. Mentoring is especially suited for people who move little, people with obesity, diabetes or, for instance, high blood pressure.

Wellbeing mentoring has been offered since 2020, as part of the Hyvinvointityön tavoitteista toimintaan project. The new model has taken lifestyle coaching into a more long-lasting direction. Wellbeing mentoring also tests new digital solutions that enable, among other things, increased interaction between the mentor and the customer, as well as lengthening the program up to a year. Coaching aims at permanent lifestyle changes and a long-standing impact on the mentored person's behavior.

Wellbeing mentoring is produced by the City of Vantaa itself. During March, the service resources will be boosted, thanks to new mentors.

“Up to now, we have only had one mentor who has been responsible for coaching around 130 customers. Now we have gained two new mentors. This will make it possible for more Vantaa residents to participate in lifestyle coaching,” says Marianna Suonpää, project expert of the Wellbeing Mentoring project.

Wellbeing mentoring counsels the customer in issues related to daily activity, nutrition, sleep, recovery, and general wellbeing. The service consists of meetings with a personal mentor, as well as contacts, coaching, and encouragement via a mobile app. In addition, the service is developing possibilities of group meetings with other people participating in the service, either live or virtually.

The first customers—who began the program in January 2020—have just finished their year-long coaching. Some of them will continue wellbeing mentoring in the follow-up period that examines how the lifestyles learned during the mentoring period have become part of the participants’ everyday lives without the mentor’s coaching.

The first results from wellbeing mentoring are promising: during the program, the customers have lost weight, their daily activity has increased, and their opinions on their own health have improved. The results are similar to those gained from other municipalities’ lifestyle coaching projects.

"Some of the customers have made great progress in achieving their goals. Motivation and goals are of key significance. Wellbeing mentoring is constantly being developed, and the service may well become a fixed activity in Vantaa. Wellbeing mentoring may, in the future, also be an integral part of preventing and treating diseases,” Suonpää declares. 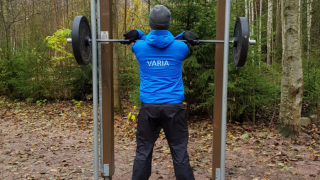 At the moment, Vantaa health centers, counseling bureaus and Vantaa Vocational College Varia refer customers to wellbeing mentoring. If you belong to the risk group, you can also apply on an online form available at: https://tuki.kunnolla.fi/apply-for-wellbeing-mentoring/

A new wellbeing mentoring model, in the form of a game called Amispeli, has been designed for young men in vocational training. The game focuses on everyday physical activity, and it aims to find meaningful ways of exercise for young men with the help of a mobile app and a mentor’s support. The players receive points for physical activity, for small wellbeing acts, for encouraging a friend, and for making up activity-related tasks for themselves.

One of the students that participated in the Amispeli game is Veeti, an 18-year-old student at Varia’s IT and Communications Department. He joined the service last May by a student health nurse’s suggestion. Veeti was motivated by weight loss, since he will be joining the army soon. During mentoring, Veeti was enthusiastic about fitness training, and going to the gym has become a regular habit of his. He has tried out new forms of sports such as handle ball. He has positive experiences about the service.

“The best thing is that there is somebody to motivate you. I’m sure I could not work myself as much as I do with a mentor's help. In addition, the coaching is free, which is great,” Veeti tells.

Seasonal flu vaccinations for students in the 2021–2022 season

Health security in schools and educational institutions during coronavirus pandemic