The next municipal parliamentary election will take place in the spring of 2023. After the election, the new government will compile a government program for itself. The government program outlines the goals and procedures over the government's operating period.
The City of Vantaa has compiled its own goals that aim to influence the future government’s outlines. Our goals present issues that are important for the success of both Vantaa and the society as a whole during the next electoral term. We are also partnering with the metropolitan area, the six biggest cities, and the C21 cities. These goals will be published also on this site. 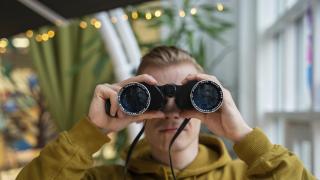 Large cities are tasked with promoting these objectives. For this, we need support from the Government. 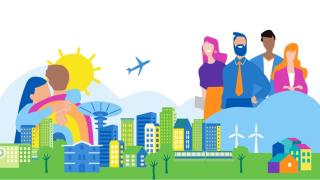 Finland’s largest cities support the country’s competitiveness and economy. The most effective solutions for the critical green and digital transitions are made in the cities. The vitality of large cities is crucial for Finland’s vitality and competitiveness as a whole.

The success of our society and the operating conditions of the cities must be ensured as follows:

Municipalities’ tasks and funding criteria are to be separated according to the number of residents. The diversity of municipalities is greater after the wellbeing services county reform. Different opportunities and challenges of different-size municipalities are to be considered in the funding and administrative structures.

Cities have an important role in solving major societal problems and in achieving objectives. Therefore, large cities and the state should have permanent cooperation structures. We should create a contractual partnership model between large cities and the state. Metropolitan policies, in turn, are to be used to support growth, competitiveness and employment in the Metropolitan Area, with a particular focus on land use, housing and transport (MAL) issues, the availability of skilled labour and funding for regional growth.

The system should better consider financing the basic tasks of municipalities and the actual costs of population growth and foreign-language speakers to enable non-discrimination in services.

23 per cent of Vantaa residents speak a language other than Finnish, Swedish or Sámi as their native language, compared to 8.3% nationwide

Implementing the wellbeing services county reform and interface work should ensure the continuity of operations, clear division of duties, partnership, the functioning of the public sector and elimination of any overlaps.

The development needs of the statutory basis and network of command centre facilities built in shelters under the state’s responsibility should be reviewed. At the moment, the state is responsible for part of the shelters.

Children need a safe environment, and early childhood education needs trained professionals to guarantee the quality of service. A sufficient number of student places and work-based immigration ensure an adequate skilled workforce. For young people, a study place is a safeguard for the future. With well-functioning employment and economic development (TE) services and adequate provision of student places, we can build a better future for all by securing work, competence and wellbeing.

The best measures to ensure a level playing field for all and develop employment and competence include the following:

Skilled workers are needed, especially in the social and health care, early childhood education and technical fields. Swedish-speaking education professionals, psychologists and teachers are also needed. The number of quotas of higher education institutions in Uusimaa should be raised to correspond to the relative number of young people and jobs. The lack of skilled personnel forms a serious bottleneck in providing services and, therefore, opportunities for continuous learning should also be increased.

In Finland, there are an average of 0.85 available places at higher education institutions per student graduating with a second-level degree compared to 0.7 in Uusimaa.

By 2030, Vantaa will need about 1,000 and the entire Helsinki Metropolitan Area more than 6,000 new early childhood education professionals.

KOTA funding or a similar national instrument is needed to meet the challenge of segregation in early childhood education and basic education. The level of funding must be sufficient and well-established to ensure the recruitment of qualified personnel.

Municipalities should be guaranteed sufficient tools to deal with long-term unemployment by restoring the rehabilitation work and workshop activities to the municipalities’ toolbox, for example. Expenses incurred by foreign-language speakers should be considered in full.

The sufficiency of state contributions for tasks and services transferred to municipalities should be ensured and the expenses incurred by foreign-language speakers should be fully financed. The employment of pay-subsidy employees in municipalities should also be possible in the future. Municipalities must have the opportunity to use rehabilitative work activities or new kinds of low-threshold employment services as a genuine means of dealing with long-term unemployment.

​​​​​​The cross-sectional point of the determination of the funding should be reviewed at regular intervals. Large cyclical fluctuations and crises should be considered flexibly in financing state contributions to municipalities.

Recognition of immigrant skills and qualifications obtained abroad should be strengthened. Work permit practices should be streamlined, and the possibility of transferring the granting of work permits to municipalities should be examined. Integration and immigrant services should particularly consider foreign-language-speaking women by, for example, provisions on language teaching. The key role of the third sector in providing complementary services to promote employment and integration should be recognised.

Sustainable urban development relies on well-functioning, low-emission public transport and housing that considers the needs of residents and the environment. Improving the competitiveness of Vantaa and the Helsinki Metropolitan Area requires investments, especially in sustainable mobility and the digitalisation of travel chains. A well-functioning transport infrastructure promotes carbon neutrality objectives, densifies the city structure, improves accessibility and ensures the functioning of the labour market. Vantaa is planning a light rail line, and there are several good reasons to support cities’ reliance on rail transport.

Carbon neutrality and urban structure development should be promoted as follows:

Vantaa Light Rail is an important part of the public transport system in the Helsinki Metropolitan Area and part of the EU’s Trans-European Transport Network (TEN-T). Public transport based on rail transport promotes carbon neutrality and makes services and jobs more accessible.

The Helsinki Metropolitan Area has recently been growing faster than it has in decades. Still, the state’s share of the region’s growth investments is falling.

The share of state contributions of the growth and sustainability investments under the MAL agreements should be increased. The adequate level of housing startup, residential area development and infrastructure grants should be ensured. The criteria for awarding grants should also better consider the potential for complementary construction of non-subsidised housing production to ensure residential areas’ social integrity and infrastructure development. The incentive effect of the interest subsidy legislation, especially from the developers’ point of view, and sufficient mandates for granting interest subsidy loans in line with the housing production targets of the MAL urban regions in the state budget must also be ensured.

Aviation history is an important part of Finland’s internationalisation. The Aviation Museum and the City of Vantaa have created the New Aviation Museum project to enable the Finnish Aviation Museum to become an attractive, internationally interesting aviation experience centre and simultaneously strengthen the museum’s position as a museum with national responsibility.