Helsinki Metropolitan Area cities are calling for immediate nationwide measures to increase training in the field of early childhood education. The number of student places and education opportunities must be expanded, especially in areas where the labour shortage in the field is greatest. Current training volumes are not enough to ease the situation. Resolving the human resource paucity in early childhood education should also be one of the main objectives of the next government. 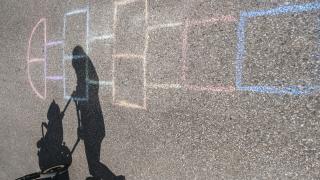 “As a growing region, we now find ourselves in a situation where we are chasing a moving target. We will need 6,000 new graduates of early childhood education training programmes by the year 2030. If the number of higher education graduates in Uusimaa remains at its current level, it will not even cover half of the demand. The capital region would have a shortage of up to 3,200 employees, so we would see a worse situation in 2030 than we have now. We cities are committed to resolving our staff shortages, but it is not possible with the means at the cities’ disposal alone,” said Mayor of Helsinki Juhana Vartiainen.

“It would be absolutely unconscionable for our personnel and our children and families to have no light at the end of the tunnel. They all deserve high-quality early childhood education,” said Helsinki’s Deputy Mayor for Education Nasima Razmyar.

The labour shortage in the Helsinki Metropolitan Area has received a lot of public attention, but the problem is just as acute on the national level. The Local Government and County Employers confederation has estimated that compliance with the Early Childhood Education Act throughout the country would require close to 20,000 social workers or teachers to be trained by 2030. This means that more people should be trained over the next seven years than are currently working in the field.

“It is clear that staff-to-child ratios cannot be reduced in such a situation. The number of early childhood education teacher graduates only exceeded 500 for the first time in 2020. The Ministry of Education and Culture should assess the situation and produce an updated report on the need for early childhood education professionals up until the year 2030, and how this need is distributed regionally. This report should then be used to draft a financial plan for the organisation of training in accordance to need. The increase in education has come far too late, which is especially evident in growing regions where the number of children attending early childhood education is increasing”, Mayor of Espoo Jukka Mäkelä said.

Comments in the public debate have pointed out that municipalities have the most effective means to address the labour shortage. It has also been suggested that the Ministry of Education and Culture allocate separate funding for hiring additional staff.

“The Ministry of Education and Culture should focus its resources on increasing training. We cannot hire additional staff because there are no adequately trained people to hire. Ensuring job satisfaction and good working conditions for our current personnel is currently the cities’ most important task, and we have several different ways we can do this. This may prevent the labour shortage from growing worse, but it will certainly not improve it in a decisive way. We should not be in this kind of unsustainable situation, where the improvement of our own staffing situation is always detrimental to someone else,” Mayor of Vantaa Ritva Viljanen said.

Resolving the labour shortage in a sustainable manner requires planning and cooperation. No single entity can solve the situation alone.

“The shortage of labour in early childhood education can only be resolved if municipalities, central government, education providers and labour market organisations work together and cooperate. We should create a shared vision of where we want to be by 2030 and how we can support each other's actions,” said Christoffer Masar, Mayor of Kauniainen.

Joint early childhood and pre-primary education customer survey to be sent to guardians of about 60,000 children