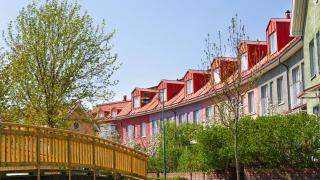 The United Nations 2030 Agenda for Sustainable Development and its goals enable a horizontal examination of the future challenges and functions of cities. A national roadmap published by the Finnish National Commission on Sustainable Development in 2022 pinpoints the areas where change is needed in Finnish society to achieve sustainability. Important themes in the roadmap include education, the promotion of well-being, land use, environmental protection, and energy production and distribution. Cities play a major role in advancing these sustainable development themes: Governments cannot achieve sustainable development goals without cities.

The six largest cities in Finland — Espoo, Helsinki, Oulu, Tampere, Turku and Vantaa — lead the way in sustainable development both nationally and internationally. We want to be an example to and pave the way for cities and municipalities of all sizes in sustainable development action, encouraging participation in building a sustainable future, sharing best practice and learning from others, not leaving anyone behind. We cannot do this alone but will require global networks and support from all levels of society, especially from the Finnish Government. Equal cooperation and co-development are the only ways of achieving the goals of the national sustainable development roadmap.

Thus we, Finland’s six largest cities — Espoo, Helsinki, Oulu, Tampere, Turku and Vantaa —, commit ourselves to promoting the goals for the areas of change outlined in the national sustainable development roadmap in accordance with our own strategic priorities.