Finland’s six largest cities have decided to step up their cooperation in their response to the local effects of the war in Ukraine. This increased cooperation will help the cities form a shared assessment of the situation and decide on key common principles. The enhanced cooperation also aims to improve communication with state-level administration. 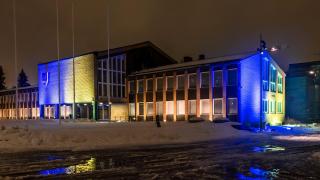 On 29 March 2022, leadership from the six largest cities in Finland decided to begin holding regular coordination group meetings to better coordinate their response to the war in Ukraine. Some of the cities’ leadership had already been routinely convening, but this new decision expands the number of participants. This closer and more expansive cooperation will start as of 1 April. Standard meeting agendas will include discussion on the maintenance of a shared situational assessment and agreement on common policies and principles regarding the entry of people into the country and the services extended to these new arrivals. Agenda items will also cover the topics of preparedness, humanitarian aid and related advocacy. The coordination group meetings will take place on a monthly basis and will be chaired by Mayor of Helsinki Juhana Vartiainen.

The coordination group of the six largest cities in Finland will include the following members:

The tragic crisis at hand will have a variety of effects on the municipal sector. The necessary preparedness and security measures, reception of new arrivals to the country, advisory and accommodation services, and the organisation of social and health services and education and training arrangements will also create costs. The six largest cities in Finland feel it is important that the government makes a clear decision in its budget talks to reimburse the municipalities in full for these expenses, in proportion to the resulting cost increases and possible revenue losses incurred.