Vantaa’s voting survey examined the factors lying behind Vantaa residents’ low voting percentage on the basis of two different materials. Statistics Finland's register material was used to analyze the significance of demographic variables such as age, sex, educational level, or mother tongue in Vantaa. In addition to the above, a survey was conducted, which was answered by 1,940 people entitled to vote in the county elections in 2022. They were asked why they had voted or not voted. Moreover, they were asked to assess the functioning of various means aiming to activate people to vote.

The survey showed that the importance of nomination of candidates for voting activity was highlighted. Both those who voted and those who did not said that the most important factor was finding a suitable candidate or not finding one. According to the respondents, the most effective means to increase voting enthusiasm—together with access to information—was to nominate candidates suitable for the voters’ own backgrounds.

From the perspective of voting activity, the most interesting group were those who will probably not vote in the future municipal and county elections in 2025. They deemed the activation means stated in the survey to be almost as effective as those voters who will likely vote in the coming elections. Those who are highly unlikely to vote said that the suggested measures will affect their voting enthusiasm very little. 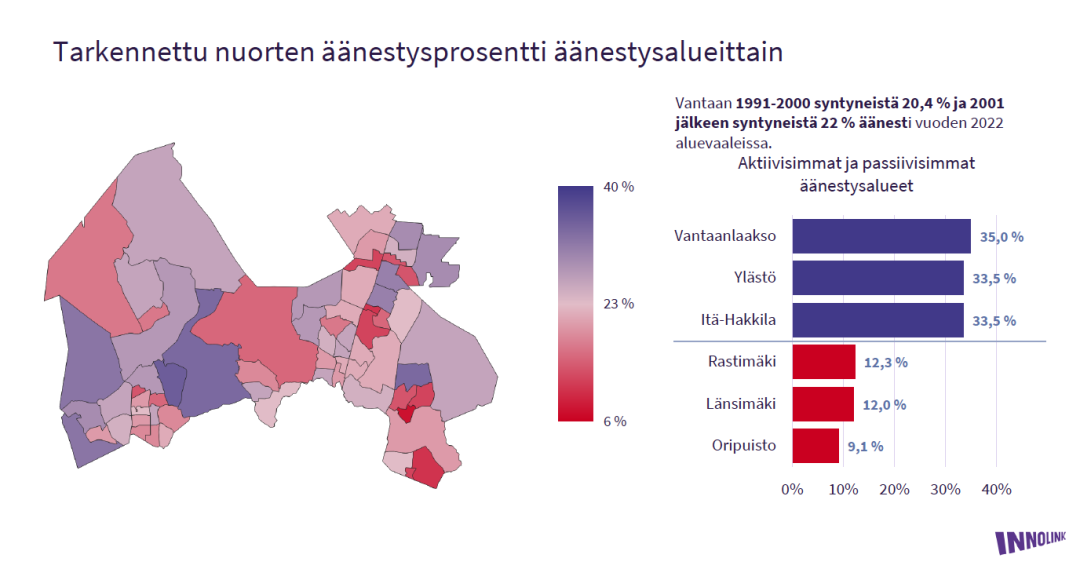 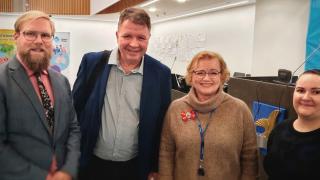 The survey was conducted by Innolink Research Oy with Research and Statistics Manager Juho-Matti Paavola (pictured on the left) as the manager in charge. Sami Borg Docent at Tampere University and Research and Statistics Manager at Kunnallisalan kehittämissäätiö acted as an expert in the survey. The voting results were presented at Vantaan Tiedeaamu, on November 15, 2022, where Mayor Ritva Viljanen gave the opening speech and Campaign Manager Niina Puikkonen commented on the results.