In its meeting on April 25, Vantaa City Executive Board addressed the needs assessment of the high school planned for Aviapolis, as well as the related cost projections. The city executive board also discussed the themes of the Vantaa of Innovations strategy, as well as local detailed plan alterations. 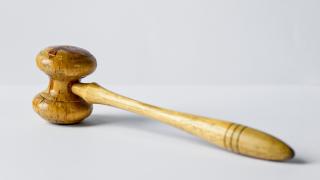 A new high school is planned to be built in Aviapolis, and it would meet Vantaa’s need to increase the number of high-school places. Moreover, it would promote Vantaa’s goals as regards provision of high school education. The building would accommodate for altogether 700 general high-school students. The high school would be built along Aviabulevardi, near the Aviapolis train station. The high school’s exact location will be confirmed in the local detailed plan under preparation. The cost projection of the building amounts to €33.8 million, and the preliminary date of completion of the project is in August 2026. The city executive board ratified the project's needs assessment and cost projection, which is also included in the city’s 2022-2025 financial plan.

The city executive board also viewed the report on the realized goals and indicators of the previous 2018-2021 council strategy. Of the strategy indicators, 43% were deemed to be fully realized, 25% partly realized, whereas 29% were deemed to be fully unrealized. No assessment could be made regarding the remaining three percent. The city executive board decided to submit the report for the information of the city council.

The city executive board also approved the new goals and schedule of the Vantaa of Innovations strategy. There are altogether five strategic themes:

The city council ratified the new 2022-2025 strategy at the end of January.

The city executive board decided to make the proposal for the alteration to Martinlaakso’s Laajakorvenkuja 8 and 10 available for public inspection. The plan alteration applies to two lots that are now allowed to build two six-story apartment buildings. The plan alteration will accommodate for around 70 new housing units. The alterations will remain inside the lots, but they demand rearranging of parking spaces and yard areas. The lots in question currently house six apartment buildings with 3 - 4 stories. The city executive board signed a land-use agreement related to the alteration to the local detailed plan with SATO Asunnot Oy.

After voting, the city executive board decided to ratify the ethical principles of the City of Vantaa's trustee operations, as well as to submit them to the city council’s approval. The basic proposal won the amended proposal by 12 votes to 3.

Independence Day celebration for students in grades 4 and 5

Because of the coronavirus pandemic, the mayor’s traditional Independence Day celebrations for fourth-graders were not arranged in 2020 nor in 2021. This year, the celebration will be arranged for students in two grades, that is, for 4th- and 5th-graders. Approximately 5,550 students, accompanied by their teachers, will participate in the celebrations at Vantaa Energia Areena on December 1-2. The total costs are projected to amount to €136.000. A sum of €70,000 from the city executive board's cash available will be allocated to arranging the party, Cultural Services will cover €16,000 from a legacy, whereas Basic Education will contribute €50,000.

The city executive council approved in its meeting on Monday the items as proposed or with minor technical changes or specifications.

The economy stimulated discussion in the City Council meeting