City Executive Board ratified Vantaa’s 2023 financial framework: Solid balance sheet and healthy economy as the bases for the framework

Vantaa City Executive Board ratified Vantaa’s 2023 financial framework in its meeting on June 6, 2022. In addition, the city executive board discussed this year's first interim report and approved an agreement on building Vantaa into a more environmentally friendly city. 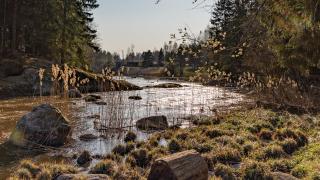 Vantaa City Executive Board ratified the year 2023 budget’s operational economy and the compilation framework for investments.

Vantaa's financial development will continue in its positive course also during 2023, the year of extensive changes in municipal finances. Next year, the city’s economy will be affected by, among other things, the wellbeing services county reform that will transfer wellbeing, social and rescue operations’ costs from the city. In addition, some other of the city’s previous functions will transfer to the new wellbeing services county. Nevertheless, in 2023 municipalities will be paid tax revenues, partly based on previous tax years, which will increase the 2023 annual margin and result for period to a level higher than normal.

The financial framework predicts the City of Vantaa will see more years of growth and development. The city will grow as well as invest in services, employees, and premises. At the same time, Vantaa keeps on reducing its debt and continuing its responsible productivity and growth program. The framework’s profit and loss statement forecasts a €165.4 million annual margin and a €50.1 million result for period next year.

The city executive board entered this year’s first interim report for information. The report presents the development of Vantaa’s operating environment and contains information on, among other things, population growth and the unemployment situation. In addition, the report addresses the development of tax funding, operational economy, investments, and financing.

When comparing the biggest cities, Vantaa's population growth has been the second fastest, even though the coronavirus pandemic has clearly decelerated this growth. Vantaa's unemployment rate has been falling throughout the first part of the year, but the high number of the long-term unemployed is worrying.

Forecasting the year 2022 economy became drastically more difficult as Russia began the war against Ukraine. In addition to the uncertainty brought about by the war, the worry about the ongoing coronavirus pandemic continues. Therefore, there are many uncertain factors related to the economy. Nevertheless, tax revenues are forecast to exceed the budget by €8.1 million. Revenues from state contributions are estimated to come true almost as budgeted.