Safety and securityEnvironment and nature

A working group and the city’s Management Team have prepared the city's new energy saving programme. The energy saving measures will be visible to residents in areas such as the temperature of city premises, outdoor lighting and sports facilities. 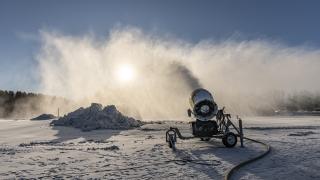 Russia's invasion of Ukraine has changed the energy situation in Europe. The availability and price of energy has an impact on everyone's daily life. Everyone should be prepared for the possibility of occasional electricity shortages.

With the measures of the energy saving programme, the City of Vantaa will reduce its own energy consumption and aim to cut consumption peaks. In this way, the city contributes to the prevention of the threat of energy shortages. The programme sets a good example for other actors and residents of the municipality. The aforementioned working group is preparing for possible power outages in the coming winter.

In addition to immediate measures, the city will increase energy saving investments as well as the involvement and communication of personnel and Group companies in energy matters.

Measures to save lighting in public urban spaces

Energy saving investments in the next few years

The implementation of the energy saving programme will be regularly monitored by the city’s Management Team and its progress will be announced on the City of Vantaa website. The programme may be revised during the winter. The effects of the measures will be reported in spring 2023.